Thoughts of addiction from an addict

Home/Uncategorized/Thoughts of addiction from an addict
Previous Next

Thoughts of addiction from an addict 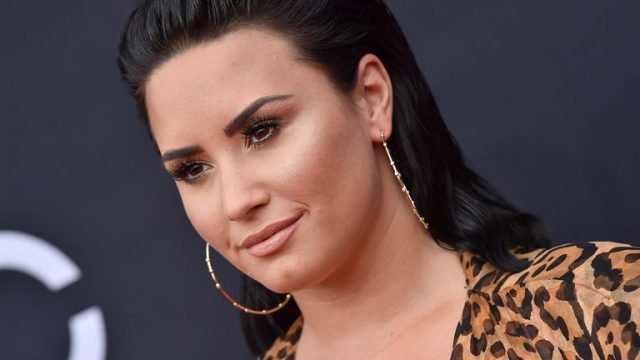 I have some thoughts on being an addict, people’s perception of it, and what you can do for people who are suffering on a daily basis from a disease that actively wants to kill you.

I am thirty-six-years-old. On Friday I will have nine months completely sober. That is the longest stretch of time I’ve had clean since I started using and abusing drugs almost two decades ago. I started with pot, moved on to cocaine, upgraded to pain pill, and graduated to being a crackhead and a heroin junkie.

There is and always will be constant debate about whether one chooses to become an addict or if one is predisposed. From the thousands of people I’ve met who also suffer from this malady over the years, the ones who still use, the ones who, by the grace of a truly powerful force, are clean today, and ones that are no longer with us, I can tell you from my perspective that no one chooses to be an addict.

There is a chemical imbalance in my body and I react differently than “normal people” to drugs and alcohol. Once I take that first sip, puff, or snort, I switch a flip that opens up a hole bigger than the Grand Canyon inside of me and a voice that sounds exactly like my own tells me to fill it. Fill that hole until it’s overflowing. Fill it, the voice promises, and you will feel whole. You will feel like you matter. You will feel peace. I have tried, time and time again. I have filled it with mountains and oceans of drugs and booze and it is never enough. NEVER. For someone like me, there’s simply no such thing as enough.

Reading the headlines today and people’s reactions to them made me more sad than angry because I believe that most people are misinformed about drug and alcohol addiction. They think that, like mental health, it is a matter of self-control and that if you can’t practice it, it’s because you’re selfish and weak. That is not the truth. Like depression or cancer or the color of your skin, you do not choose to become an addict. You are simply hardwired the wrong way. There is no shame in that. You are not lacking. You are not weak. You are a human being that becomes consumed by something that lies and seduces you. It will make you say or do anything to try and fill that hole and get one moment, just one moment of peace.

Getting sober is incredibly hard. Staying sober feels impossible most days. Trying to get sober again after a relapse is like trying to punch a volcano into submission.

I spend five hours a day minimum working on staying sober for that day. It is exhausting but it is worth it, but I have learned the hard way, that no one should judge anyone else for not being able to stay sober or for relapsing.

Last February, I had seven months clean. I thought I had it all figured out. I was going to a program of recovery and had replaced almost all of my using friends with sober people, real friends who genuinely cared about my well-being. My life was getting better every day. Then one morning, I woke up and I took a pill. “You deserve it,” my head said, “You’ve been working so hard at this, what’s one pill?” Addiction can rationalise anything. It will convince you to sell everything you own, to walk through fire, to fight entire armies, all to make the voice inside you telling you that you’re a piece of shit, that you don’t matter, that you’re weak, that the world would be better of without you, shut up for one second.

The next day I took two pills. The day after that, I wasn’t sober anymore so fuck it, I can smoke pot again. Within a week, after five years of abstaining from alcohol on my own, I started drinking again. Within two weeks, my entire life came crashing down. I was unemployable, completely broke, and was looking for heroin so I could do it and overdose. Last summer was a series of blackouts, broken promises, letting down the people who love me, and more than anything else being obsessed with wanting to kill myself.

“For someone like me, there’s simply no such thing as enough.”

I made it out. I got clean. I went back to the program of recovery and have been there ever since, but I know, all it takes is one. One of anything to completely burn down and decimate everything I have built up. I cannot judge anyone. I’m not better or worse than you. I am simply me and I am trying my best. I battle this twenty-four hours at a time. Anything more than that becomes scary.

I cannot begin to fathom what fame does to an addict. Having enough money to keep the drugs flowing at all times. Surrounded by yes-men and yes-women who don’t have your best interests at stake.

If you talk about it publicly, like I do, you feel like you’re helping people but you also feel like if you fuck up and relapse, you are letting down every single one of them. It is a pressurized system with no right answer in regards with how to talk about it. If you keep it private, people will speculate and gossip and, if you do fall off, they will say, “I told you so” and “We all saw it coming.” It’s a no-win situation.

Which brings me to my last thought: what can you do for someone who is suffering from this disease? The answer, unfortunately, is very little but there are a few things.

You can send them love and thoughts and prayers. You can let them know you support them no matter what. You can explain that you don’t understand what they’re going through, if you’re not afflicted by it, but you can empathize with them. Most importantly: you can choose not to judge them based on a disease that chose them. Addiction doesn’t care how much money you have, where you were born, or what your last name is. All it wants is for you to consume, to try and fill a blackhole that is insatiable beyond anything you can imagine. It wants you to isolate, cut off friends and family, and ultimately, it doesn’t care if you live or die.

Tell your friend who is struggling with this that you love them no matter what, and then show them that you do. It may not seem like much, but more often than not, it can be the difference between someone picking up and using that day or deciding to wait.

To not do it today. To live.

Sam Grittner is a writer and stand-up comedian currently residing in Brooklyn, NY. He has written for Playboy.com and the International Business Times. His monthly stand-up show, “We’re All Gonna Die Tonight” is returning in December. Follow him on Twitter (@samgrittner) or visit www.SamGrittner.com

About the Author: Foundation House

Click here to find out how we can help you